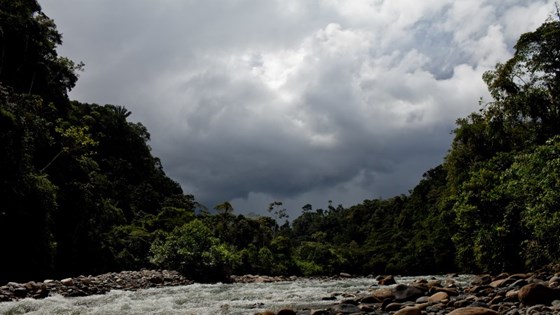 Of today’s payment, Norway will contribute roughly USD 12 million, while more than USD 6 million will come from Germany.[1] The results-based payments for independently verified emission reductions will be channelled through the REDD Early Movers (REM) Program, implemented by Germany´s KfW Development Bank. This is the second payment by the two countries to Ecuador through the REM-programme, which last year payed for a portion of the emission reductions achieved in 2015-16.

-I applaud Ecuador’s continued leadership in reducing deforestation, and am proud that we can support their efforts”, said Ola Elvestuen, Norway’s Minister of Climate and Environment.

-We need to mobilise international support for ambitious and committed tropical forest countries that manage to reduce deforestation, Elvestuen said.

Ecuador’s rainforests cover almost 14 million hectares, an area larger than Greece. It harbours a vast richness of animal and plant species in a variety of ecosystems, ranging from lowland rainforests to snow-capped mountains. Despite a trend of increasing deforestation elsewhere in the Amazon, Ecuador has successfully reduced the rate of deforestation over the last four years. The payments now received will be reinvested into sustainable rural development to benefit people and forests. At least 70 % of the funds will directly support local communities and organizations, including indigenous peoples.

-Nature based solutions – reducing deforestation and managing forests sustainably – are crucial for the achievement of our NDC goals and for the fulfillment of the Paris Agreement. Our REDD+ Action Plan ensures coherence between public policies, national targets and international commitments. The support of Norway and Germany will help us in achieving our targets of climate and forest protection.

The investments will not only reward actors that have reduced deforestation, but also those that continuously protect standing forests. This includes support to Ecuador´s Socio Bosque Program, which contributes to livelihoods by paying communities to protect forests. The remaining 30 % of the funds will strengthen the institutional framework, governance and policy systems for forest conservation.

This story was originally published at Government.no