Indonesia is the world´s third largest rainforest country. Scattered on thousands of large and small island it is not one, but many rainforests. It´s not one, but several ecosystems. For many years, a rapidly developing economy and a growing population has led to extensive deforestation. But new reforms and committed actions by Indonesias government, firmly backed by Norway, seem to have turned the trend of deforestation.

Biodiversity: Indonesia is one of the world’s 17 megadiverse countries. There is a high number of endemic species- species that live nowhere else in the world- on each island.

The world’s third largest rainforest is in Indonesia. Indonesia has in recent years reduced deforestation and has succeeded in significantly reducing greenhouse gas emissions from deforestation, forest fires and peatlands. Since 2010 Indonesia has undertaken important political and institutional reforms. 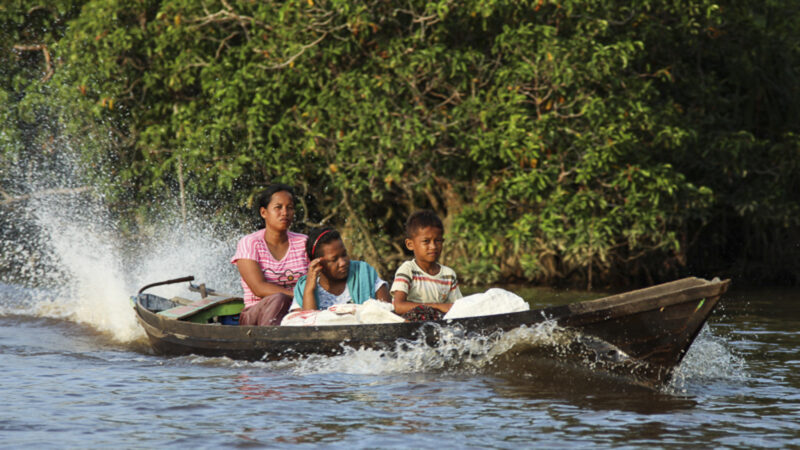 Indonesia is home to over 17.000 islands, including three of the ten largest islands in the world. It is also the world´s 4th largest by population, with close to 270 million people.

One in five Indonesians live in and around the forest. These are people whose livelihood first and foremost comes from the forests and the sea. 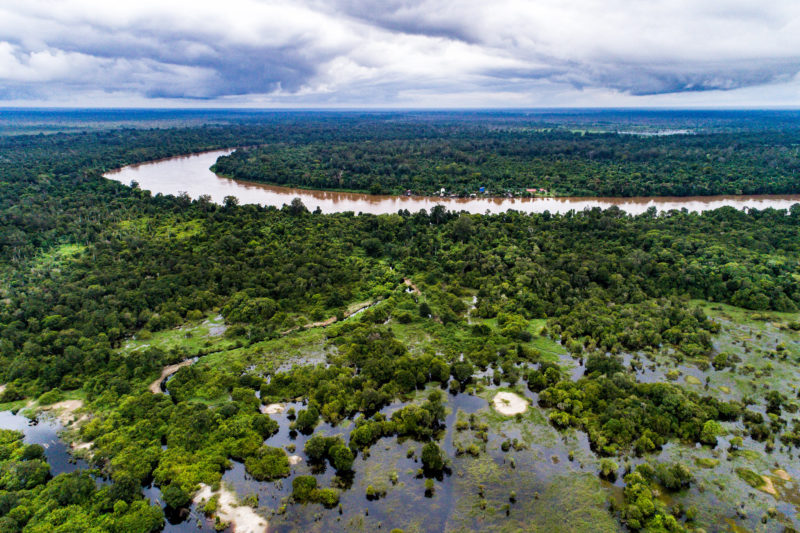 The Indonesian forests cover 1.2 million km2, the size of Spain and France combined. 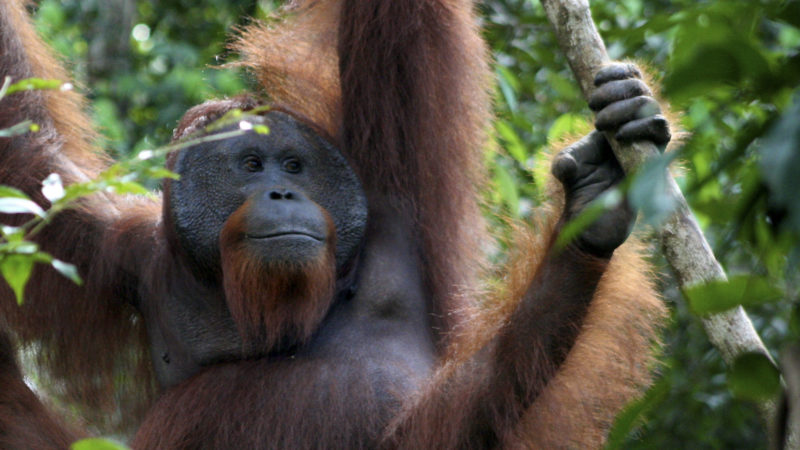 Indonesia is a mega biodiversity country with thousands of islands and vast forest and ocean areas. The country has one of the largest number of species in the world, including the orangutan.

Other species include the Sumatran tiger, the Javan rhino, the Sumatran elephant and the Birds of Paradise in Papua. All these are endangered due to extensive deforestation.

Yet, the Indonesian Ministry of Environment and Forestry estimates that more than half of Indonesia’s species are still unknown to science. 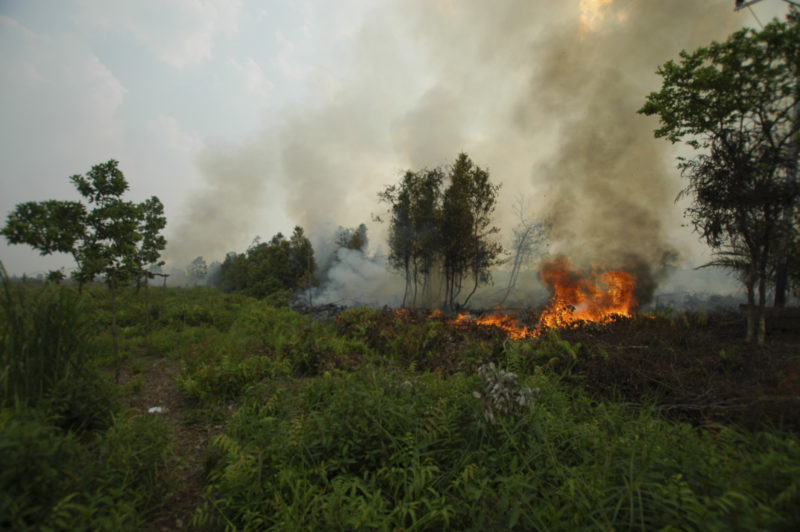 Deforestation from conversion to palm oil plantations have been reduced in recent years, which has historically been a major contributor to forest loss in Indonesia.

Pulp and paper, logging, mining and forest to clear land for commercial use have also been significant drivers of deforestation. 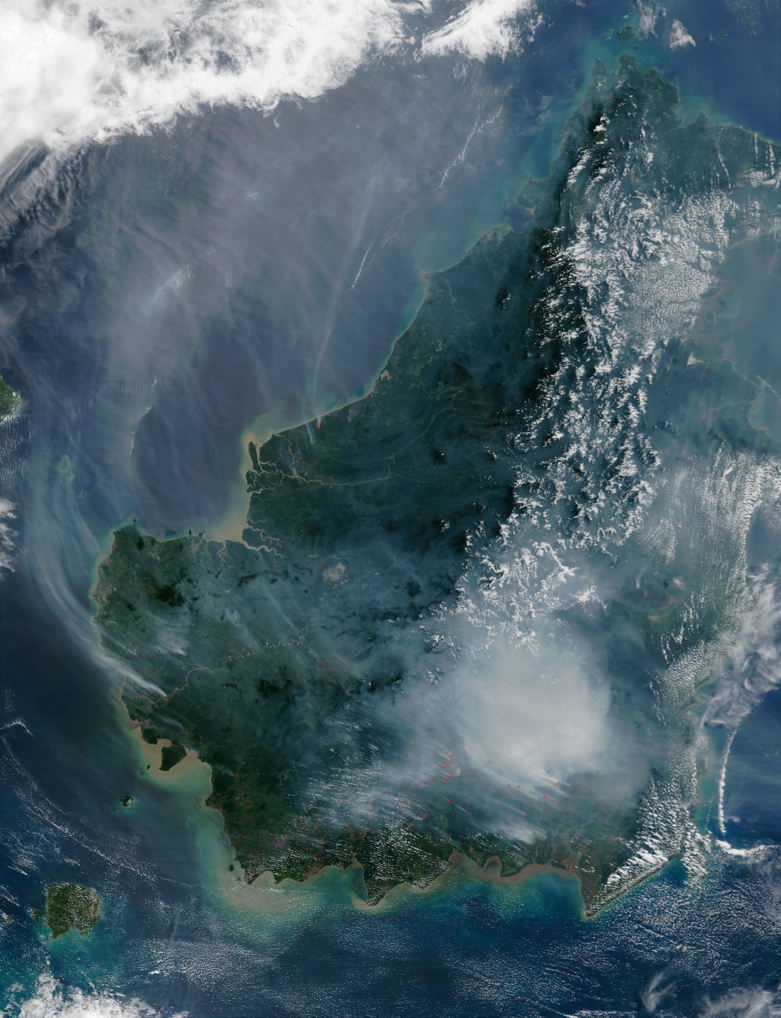 Indonesia is leading the way in developing the economy and reducing its greenhouse gas emissions from deforestation and forest degradation at the same time.

The country has pledged to the UN climate convention to reduce its emissions by almost one third by 2030.

In May 2010 Norway and Indonesia signed a Letter of Intent (LOI) establishing their bilateral partnership on reducing emissions from deforestation. Indonesia terminated the LOI with Norway in September 2021.

Norway pledged to contribute up to USD 1 billion  for Indonesia’s reduced emissions from deforestation and forest degradation if Indonesia delivered results in terms of carbon emission reductions. The size of the Norwegian contribution to date is about 18 % of the total pledge.

Indonesia has delivered results in terms of political milestones, as well as reduced emissions in 2016/2017.

National moratoriums against the destruction of primary forest and peatlands are in place, in addition to a moratorium on expansion of land for palm oil plantations. In 2016 the country established a Peat Restoration Agency to restore degraded peatlands

The bulk of Norway’s support to Indonesia to date has gone to support efforts to restore its carbon rich peatlands, fight forest crimes and forest fires, and develop a green economy, involving a number of different stakeholders around the country.

In addition to the support that was under the Letter of Intent, Norway also supports a number of civil society organizations that work to protect forests and promote indigenous peoples’ rights in Indonesia as well as the development of public-private partnerships.