Colombia has the third largest forest area in South America. After a dramatic spike in deforestation following the end of the conflict between the government and FARC, deforestation is once again in decline due to ambitious efforts by the government and its partners. In 2019 Colombia, Germany, the UK and Norway extended their climate and forest partnership until 2025.

Colombia, Germany, the UK and Norway work together to reduce deforestation in Colombia, and they have extended their climate and forest partnership until 2025. 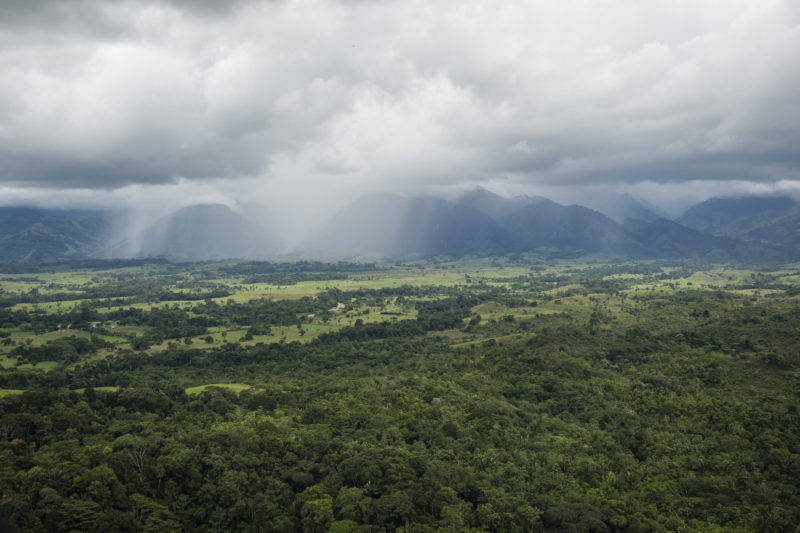 Forests in Colombia store enormous amounts of carbon, and generate regional and local rainfalls, vital to agriculture and production of hydroelectric power. They also protect the soils and prevent landslides.

Vast natural forests cover more than half of the country, two thirds of these are in the Amazon. From 1990 to 2017 the country lost a forested area larger than the size of Costa Rica. Deforestation reached a peak in 2017.  That year natural forest equaling more than 25 football fields were cleared – every hour! Since then, deforestation has not reached such high levels, and Colombia is now working towards its goal of zero deforestation by 2030. 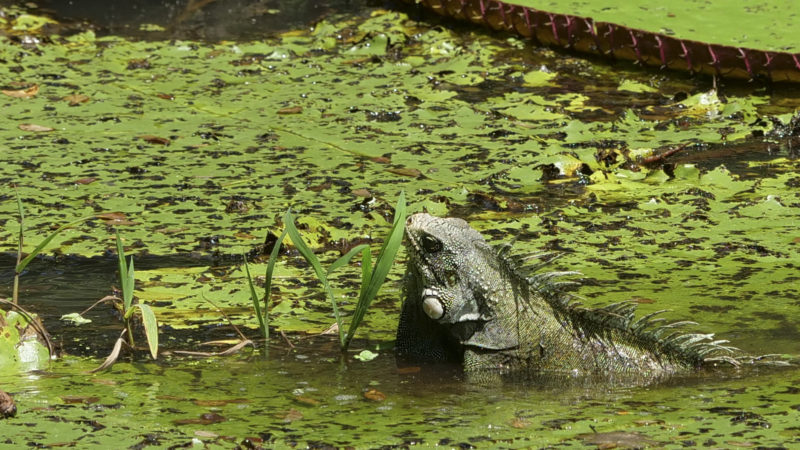 The iguana in the picture is only one of 238 different lizards in Colombia.

Few places on the planet has more biodiversity than the Colombian forests.
They house countless known and yet unknown plants, as well as large numbers of animals seen nowhere else on earth. They contain more than 53 000 species of flora and fauna, 20 % of which unique on the planet. 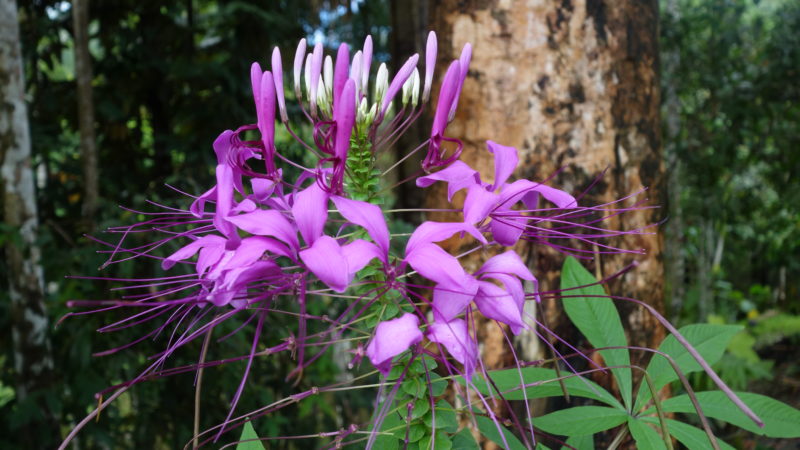 Close to half or Colombia’s forests are situated in indigenous territories or in the collective territories of the Afro Colombian communities.

The forests provide livelihoods in terms of food, wood, natural medicines and other type of economic support.

Why is the Rainforest in Colombia Destroyed?

When the peace accord between the government and the FARC guerilla was signed in 2016, the guerilla left the areas they had previously controlled. This paved the way for new illegal, armed groups who took control of large areas.

From 2016 to 2017 deforestation in Colombia more than doubled. 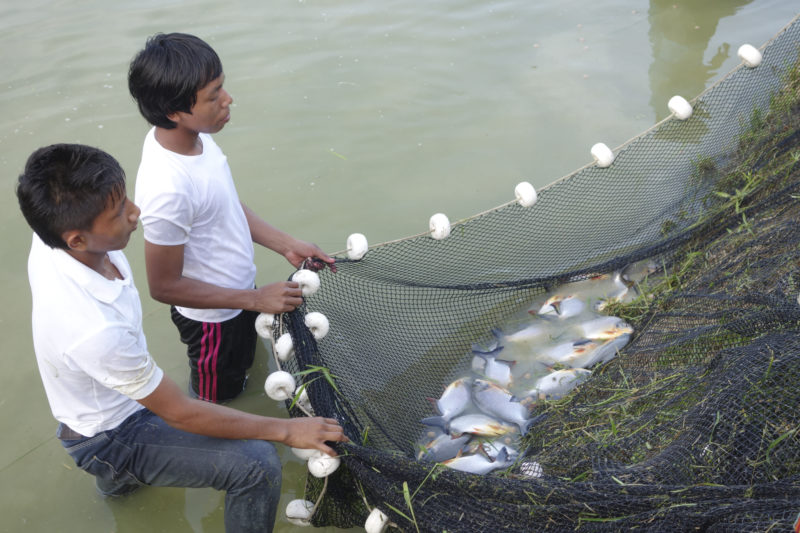 Against this gloomy backdrop, political developments in the post-conflict era offer reasons for optimism.

The government, since taking office in August 2018, has clearly stated that the fight against deforestation is given priority.

The determination to reduce deforestation has yielded results. In 2020, Colombia achieved a reduction in national deforestation by 21 % compared to the peak in 2017.

Colombia reports that the positive trend continues and that there are less deforestation alerts in the Amazon in 2021 compared to recent years.

Despite positive development in several areas related to the climate and forest agenda in Colombia, there are still significant challenges when it comes to killings and threats against environmentalists, indigenous leaders and Afro-Colombian leaders.

In 2015, Colombia, Norway, Germany and the United Kingdom signed a Joint Declaration to strengthen cooperation on climate and forest in Colombia. Under the agreement, Colombia has been rewarded for significant emission reductions achieved from reducing deforestation. Norway has to date paid NOK 325 million for reduced emissions from deforestation and approx. NOK 230 million for achieved political reforms. In December 2019, the partnership was extended up until 2025. Norway pledged up to 400 million kroner annually against emission reductions achieved from reducing deforestation, starting from 2021. The money will only be paid if Colombia manages to reduce deforestation.

At the UN climate summit in Glasgow (COP26) in November 2021, Germany, Norway and the UK announced they will provide $ 30 million to Colombia for stepping up its fight against deforestation. These results-based-payments are made for achieved policy milestones by the Colombian government under the partnership, including policies on deforestation control and sustainable forest management. The payments will go to Colombia’s program to reduce deforestation in the Amazon (Amazon Vision) and Colombia’s Sustainable Development Fund.

Progress under the partnership

Colombia is committed to ambitious goals to reduce deforestation and to launch large-scale programs in support of forest conservation and ethnic groups.

For the first time the government has included protection of biodiversity as a strategic goal in its national defense policy.

And the national development plan (2018-2022) establishes a National Council to Fight Deforestation.

Colombia has progressed on many fronts in its efforts to reduce deforestation: