Liberia's rainforest is among the world's top biological hotspots because of its unique, but threatened flora and fauna. Continued high rates of deforestation may have damaging effects on the economy and employment. Norway is trying to help Liberia both save its rainforests and improve the economy and create jobs.

• Size: 111,000 km2
• Capital: Monrovia
• Population: Around 4.5 million
• Forested area: Around 68% (30% canopy cover). Primary forest is a small part of this.
• Biodiversity: Liberia’s rainforest is among the world’s top biological hotspots because of its unique, but threatened flora and fauna with high degree of endemic species, found only here.

Liberia’s rainforest is among the world’s top biological hotspots because of its unique, but threatened flora and fauna. Continued high rates of deforestation may have damaging effects on the economy and employment. Norway is trying to help Liberia both save its rainforests and improve the economy and create jobs.

A continuous belt of rainforest, stretching from Senegal to Benin, once covered the West African lowlands.

Today only about 10% of the so-called Upper Guinea forest remains, and Liberia holds half of it. Unfortunately, it is under immediate threat of further deforestation.

One third of Liberia's 4.5 million people live either in or off the forests.

Deforestation was relatively low during the Civil War, which ended in 2003.  Since then, many people have moved back to their villages and continued the subsistence economy, living off the forests. Combined with a high population growth, this is increasing the pressure on the forests. 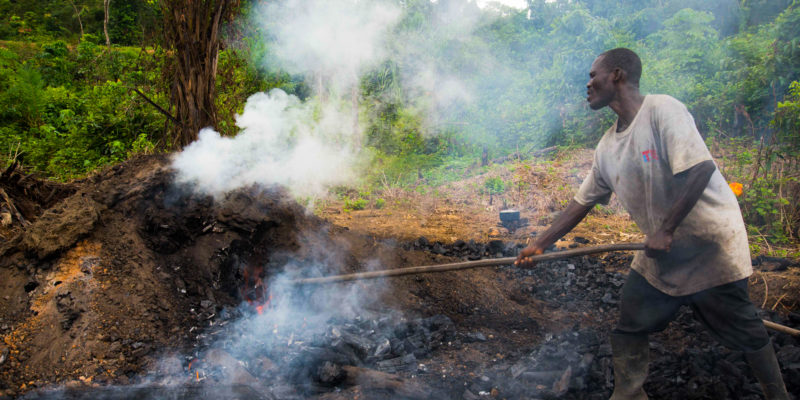 Why is the Rainforest in Liberia Destroyed?

Most deforestation in Liberia is caused by people trying to cover basic needs through shifting agriculture, small-scale logging and burning of charcoal.

Together with industrial logging, mining and larger scale agricultural expansion, these are the main drivers of deforestation. The biodiversity of Liberias forests i enormous, with many species unique to this area.

The fauna and flora also include Western chimpanzees, pygmy hippos, forest elephants, leopards, pangolins and thousands of endemic species. Protecting the remains of the West African rainforest is vital to the survival of these species. 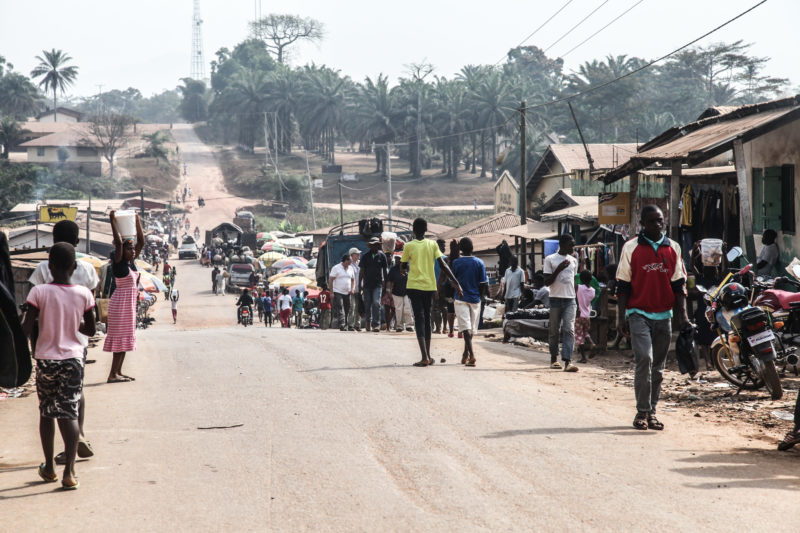 Reduced access to “free” food, construction materials and charcoal from the forests will further drive up costs and put a strain on the economy.

Deforestation will undermine economic opportunities linked to sustainable logging, wood processing and timber exports. Natural resilience against flooding and erosion will also diminish and increase the costs of infrastructure maintenance.

Liberia has made multiple commitments to reduce deforestation, both to the UN Climate Convention and through its bilateral forest partnership agreement with Norway.

An action plan, outlining opportunities to reduce emissions from deforestation has been made and endorsed.

However, because of the poor state of the economy, Liberia is behind the ambitious goals of its original plan. Norway continues to support initiatives to help develop the rural economy, while at the same time managing the forests for the long-term benefits of both people and the environment. Liberia has signed a Voluntary Partnership Agreement with the EU to develop a system to ensure that all commercial timber export is legal.

When this agreement is fully implemented, the EU market will be open to Liberian timber, the export value will increase, while illegal and damaging logging will be reduced.

In September 2014, Liberia and Norway entered into a partnership to foster development while managing the country’s forest resources in a sustainable way. The goal is to achieve growth without deforestation.

Norway has also contributed financially to allow Liberia some economic leeway, in order to prioritize long-term forest management in a pressed economic situation.

Norway will support Liberia’s efforts with up to USD 100 million, depending on results.