The Congo Basin in Central Africa is home to the world's second largest rainforest after the Amazon. Deforestation is still low, but a rapidly increasing population will soon pose serious threats to the furests unless due action is taken. In 2015 Norway teamed with six Central African countries, donors and international organizations to protect these forests and promote sustainable development. It was named The Central African Forest Initiative - CAFI. Photo: Ahtziri Gonzalez/CIFOR
Facts about the Congo Basin and CAFI

In the heart of Africa lies the second largest rainforest in the world, the Congo Basin rainforest. Enclosing the mighty Congo river system, it is teeming with unique animals and plant species. Protecting these forests is vital in order to prevent global warming. 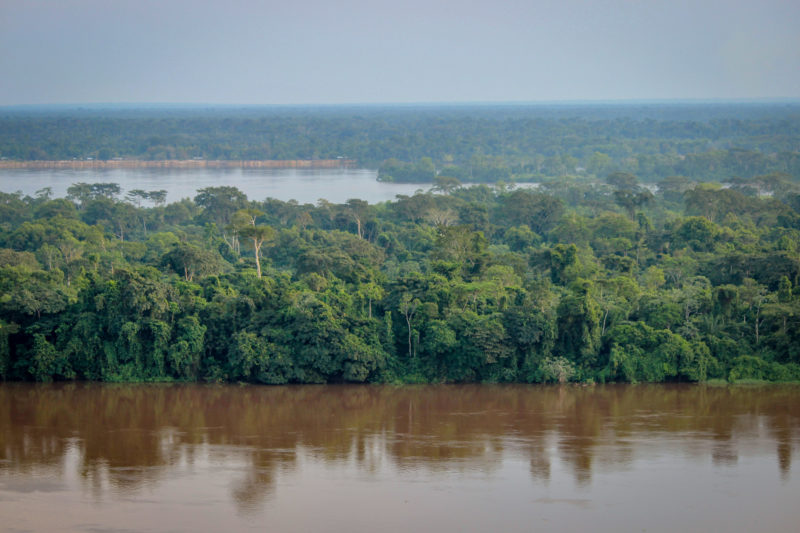 The joint initiative was named The Central African Forest Initiative (CAFI), and it is the largest international collaboration to protect the Congo Basin. Its goal is to preserve the value of the forests in the region, to mitigate climate change, reduce poverty and ensure a sustainable development. The donor group has gradually expanded and comprises at present Belgium, the EU, France, Germany, the Netherlands, Norway, The Republic of Korea and the United Kingdom. 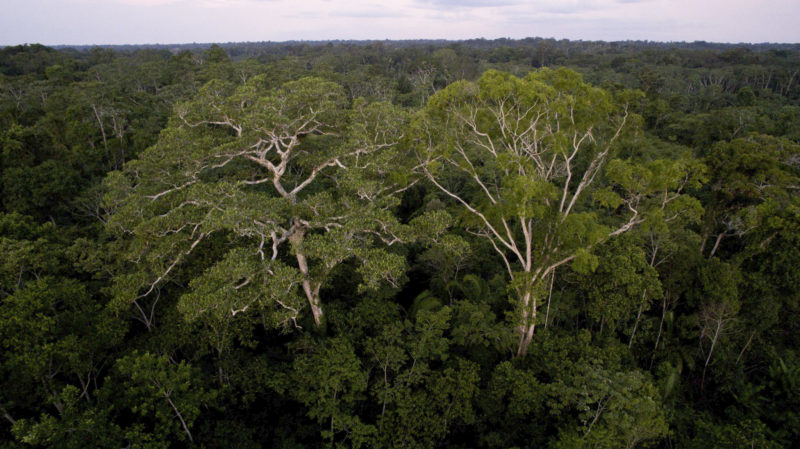 The Lifeline of Millions

The Congo Basin rainforest is enormous. It stretches over six central African countries along the Equator.

The Congo Basin Forest is the size of India or almost ten times the size of Germany, covering 3.3 million km2.

Almost two thirds of the forest is within DR Congo. It provides food, firewood, water and shade. 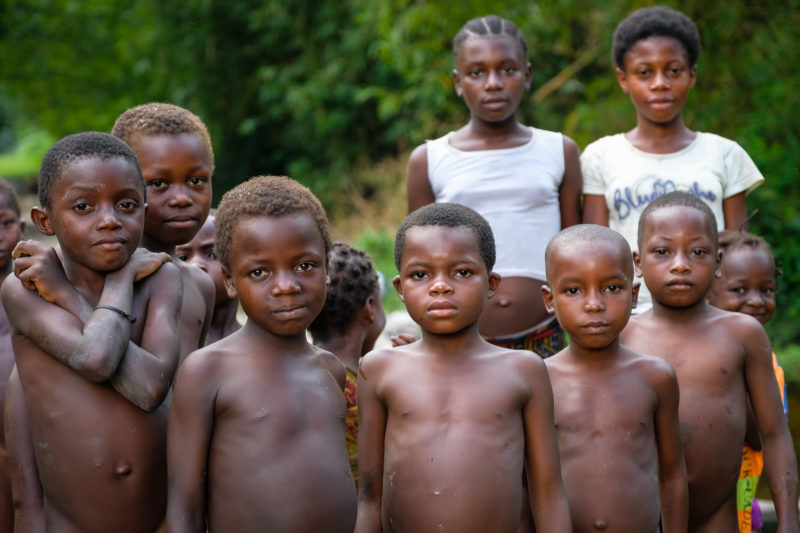 There are huge differences between the countries in the Congo Basin, both in terms of size, population and economy.

The smallest country, Equatorial Guinea, is roughly the size of Albania, with a mere 1.3 million people and an annual GDP of 22.700 dollars per capita..

The largest, DR Congo, is half the geographical size of the European Union, and has a population of almost 90 million, each earning only 767 US dollars a year – or two dollars a day – on average. 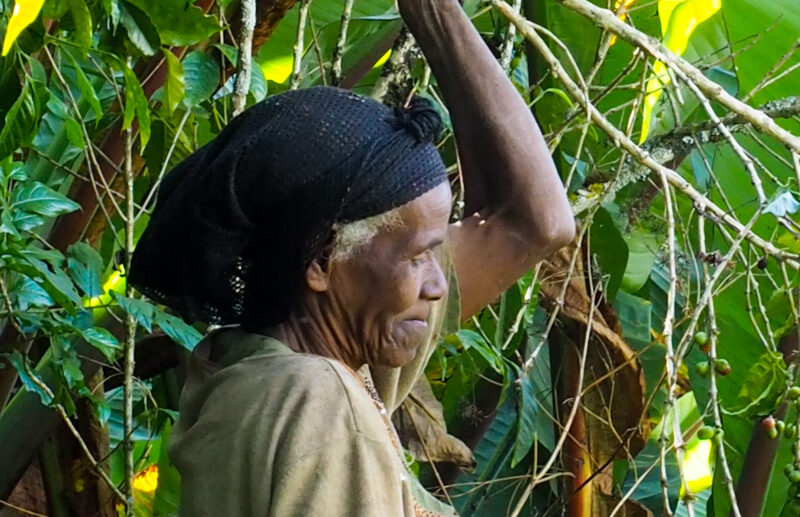 The forests' Importance to Climate

The Central African forests are of vital importance to in order to meet the goals of the Paris Climate agreement.

Equally important are large amounts of peatlands.  These carbon rich, thick layers of organic soil have accumulated over millions of years in the whole region.

Recently a continuous peatland the size of UK was discovered in The Congo River basin between DR Congo and the Republic of Congo. This peatland stores an estimated amount of 30 gigaton of C02. 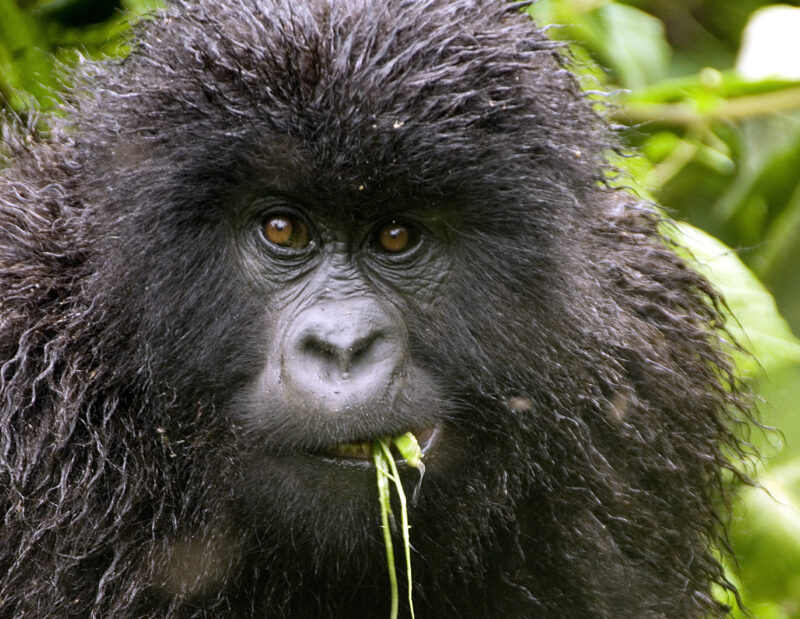 In the Cong Basin forest, you can find some of the most spectacular animals on the planet. 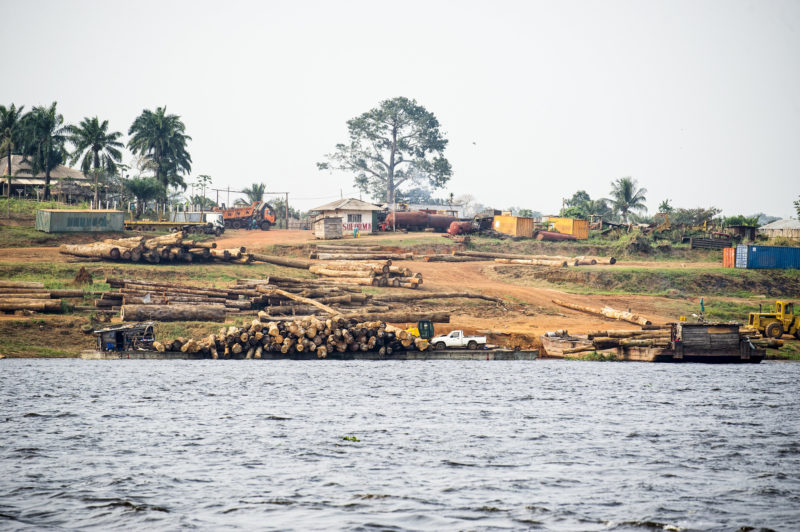 There is mounting evidence that the Congo Basin rainforest is essential to the regional water balance and rainfall patterns of larger parts of Africa.

The deforestation of this rainforest and the resulting lack of rainfall is a major concern on a continent with huge deserts like the Sahara and recurring droughts in the dry savannas of the Sahel.

The potential consequences for food production, social and political stability and on migration are unknown.

Deforestation in the Congo Basin is changing rapidly.  In 2017, a tree-covered area of 18.000 km2 was lost, according to recent satellite data. This amounts to more than 7000 football fields of forest cleared every single day. Most of it occurred in DR Congo.

Why does the Forest Disappear?

In DR Congo, deforestation is mostly caused by a growing population trying to cover their basic, daily needs.

For the region as a whole, a study by Maryland University shows that the small-scale slash-and-burn agriculture accounts for 84 percent of the deforestation, while logging accounts for about 10 percent.

Finally, in some areas of the Congo Basin, mining is also an important driver of deforestation 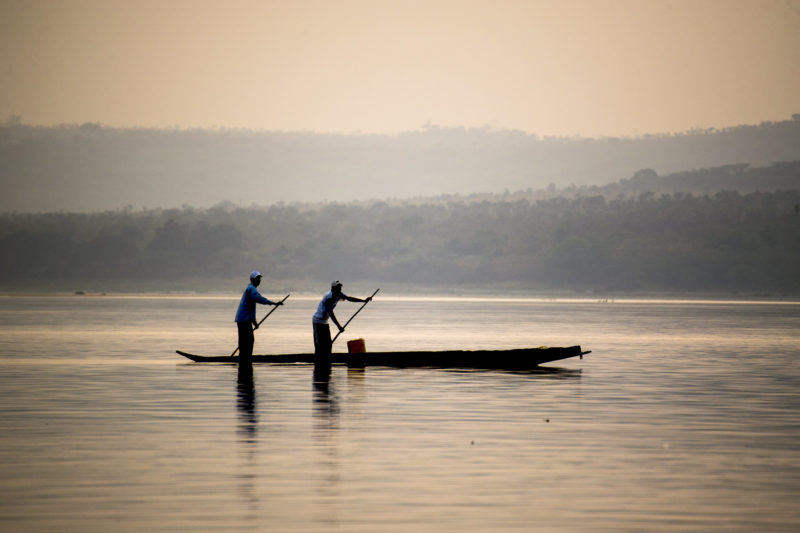 Most of the Central African countries depend heavily on the vast natural resources in the region for their income.

The Republic of Congo and Gabon are oil nations. DR Congo depends on income from minerals. The global market is craving copper, coltan and cobalt to produce everything from smartphones to batteries in electric vehicles, all part of the green economy.

Weaknesses in governance, institutions and infrastructure make it difficult to successfully address these challenges. 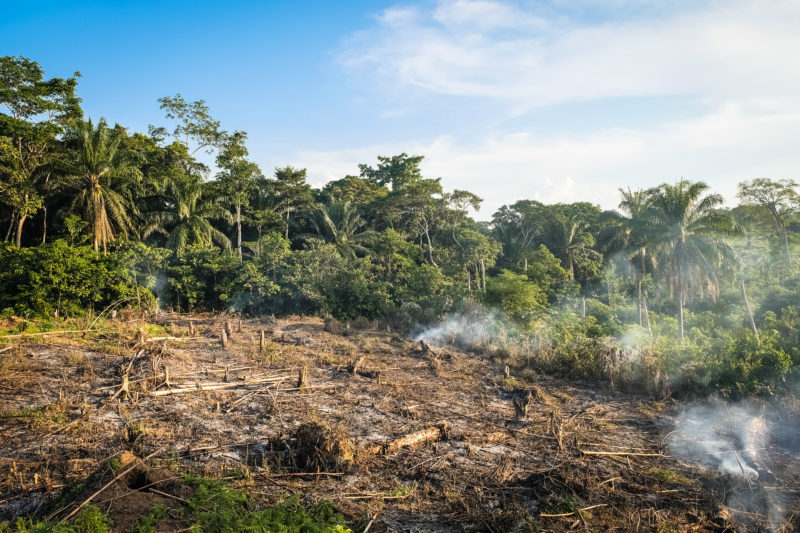 To succeed in preventing deforestation in Central Africa, there is a need for better forest governance and massive efforts to invest in poverty alleviation, rights-based family planning (DRC) and people- and forest friendly sustainable development.

CAFI is financing programs to address drivers of deforestation and promote sustainable development. CAFI supports key reforms on land use planning, sustainable agriculture and forest management, energy, demographic transition, governance, and land tenure, as well as support to civil society and indigenous peoples. CAFI is also planning to support measure to reduce the negative impact on forests of mining and oil exploitation The programs are based on national investments plans.

The Norwegian funding is channeled through the CAFI Trust Fund.  The fund is managed by the UN in New York.  The World Bank, UN Agencies and several other accredited agencies implement the programs.  International non-governmental organizations can receive funding  based on risk assessments. No funding is transferred through government accounts.

The Norwegian support has contributed to the development of national REDD+-strategies and ambitious investment plans in Gabon and DRC. Gabon was the first country in Africa to receive payments for preserved rainforests

In DRC, the Norwegian support has contributed to the establishment of several programs: