Guyana's almost untouched rainforest sits on an ancient geological formation called the Guiana Shield in the northeast of South America. Since 2009, Guyana and Norway have collaborated to promote green development in Guyana while keeping deforestation at low levels. Guyana’s almost untouched rainforest sits on an ancient geological formation called the Guiana Shield in the northeast of South America. Since 2009, Guyana and Norway have collaborated to promote green development in Guyana while keeping deforestation at low levels. 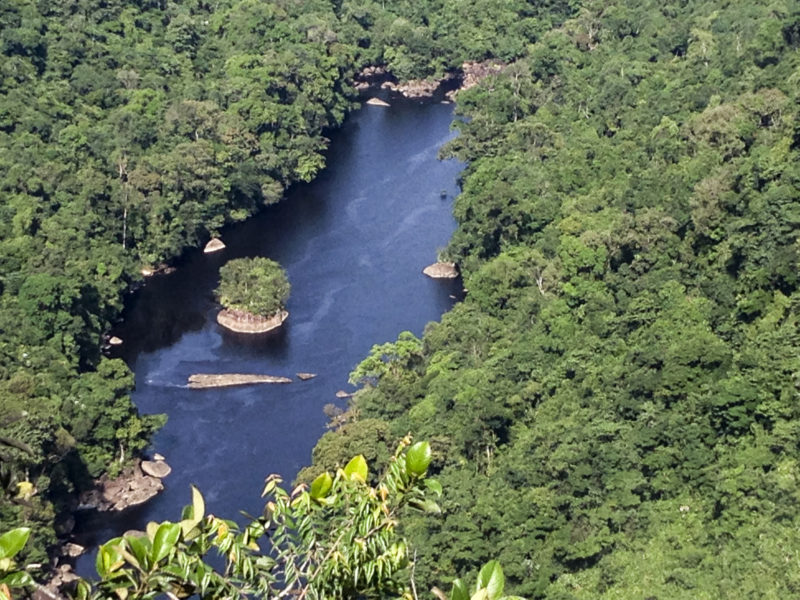 The biodiversity of Guyana's rainforests is immensely rich and is home to a large number of rare species, such as the giant otter and jaguars. They provide the basis for existence for a number of indigenous peoples' groups.

These rainforests also store and continue to absorb large quantities of carbon, provide income from eco-tourism, timber and other forest products, produce water, regulate precipitation and contribute a range of other indispensable ecosystem services. 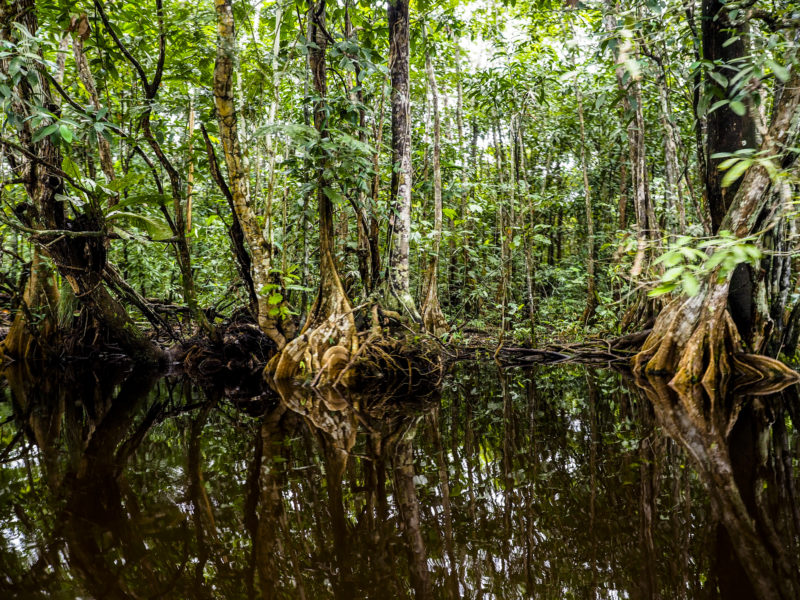 The rainforest covers about 85% of Guyana's land mass. Unlike countries such as Brazil and Indonesia, deforestation in Guyana has been low historically and remains among the lowest in the world today.

Guyana is classified as a lower-middle-income country by the World Bank. The path to economic growth and development for poorer countries has historically included large-scale logging and other industries that contribute to the destruction of forest.

The Guyanese government wants to pursue an alternative path to development, and has a national strategy for economic and social development without increasing deforestation. The aim is to limit greenhouse gas emissions from deforestation, while also converting the energy sector to renewable energy and accelerating the development of low-carbon industries.

There is broad support for this approach, as stated in the Low Carbon Development Strategy 2030 and previous strategies.

Approximately 20% of the world's remaining tropical forests are found in countries like Guyana, with high forest cover and very low deforestation rates.

In these countries, the international community ought to reward results in avoiding an increase in deforestation as opposed to reducing deforestation.

Norway and Guyana signed a climate and forest partnership in November 2009.

The forest partnership with Guyana has two result components:

So far, Norway’s support to Guyana has added up to approximately NOK 1.5 billion (approx. USD 156 million) in total for results relating to low deforestation and improved governance. Approximately USD 120 million have been channeled through the Guyana REDD+ Investment Fund (GRIF), administered by the World Bank.

Approximately USD 80 million have been transferred to the IDB in support of a larger solar energy project, the project document is currently under development.